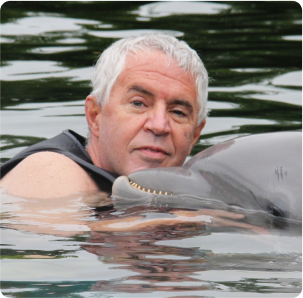 Steve has been a lifelong seeker of spiritual truth. He holds a Masters Degree in Consciousness Studies through the prestigious Holmes Institute in Golden, Colorado. Steve served as a Practitioner in Centers for Spiritual Living in both Las Vegas and in Reno, Nevada. He later served several years as the Spiritual Leader of Circles Edge – Center for Spiritual Living in Reno. He has hosted spiritual retreats, taught numerous classes, and performed many types of spiritual ceremonies for many years.

He was raised within the Lutheran Church, but quickly began his studies began to include hypnosis, regressions, Edgar Cayce, Joel Goldsmith, Bahai, Buddhism, Gnosticism, Hinduism, Islam, Judaism, and the Kabbalah. His other major influences were the works of channelers and teachers such as: Ronna Herman Vezane, Lee Carrol, Jane Roberts, Sanaya Roman, Randall Monk, Pepper Lewis, and Ernest Holmes.

Steve has had amazing metaphysical experiences throughout his lifetime, including at sacred sites including: Macchu Picchu, Nazca, and the Amazon Jungle in Peru, Sedona in Arizona, Grimes Point, Pyramid Lake, Lake Tahoe in Nevada, and most notably at Mt. Shasta, California. While working with his friend Ronna, Steve spontaneously experienced communication with Lord Rama, the highest incarnation of the aspects of Archangel Michael. Steve has been channeling Lord Rama regularly ever since.

As a very young child in Pennsylvania, he knew, and told his parents that he was reincarnated. He would like to thank his Spirit Guides for the numerous metaphysical and life experiences he has enjoyed. He now lives with his partner Susan, on their small ranch outside Reno, Nevada, where, with their soul family, they are building a spiritual retreat center named Lightstation12.

thank you for visiting us